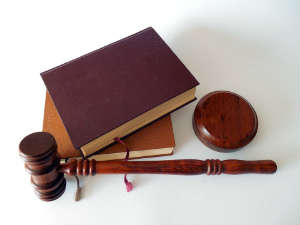 SUMMIT COUNTY, UT – Finally, after an incident that occurred back in December where a semi-truck driver endangered other drivers on the road in aggressive, bizarre behavior, the driver has been sentenced. But… he isn’t receiving much penalty. When the police intervened, he led them on a chase before finally surrendering. He faced reckless endangerment and reckless driving charges – both of which were dropped in a plea deal.

The semi-truck driver was identified as Dustin Charles Cullom, a forty-one-year-old from Chico, California. He pleaded guilty to both aggravated assault and failure to respond to an officer’s signal to stop. Both of these charges are considered third-degree felonies. This occurred in Summit County’s 3rd District Court. But, as part of his plea deal, they dropped the reckless endangerment and reckless driving charges.

Instead, Judge Patrick Corum sentenced Cullom to zero to five years at the Utah State Prison. In addition, he sentenced him to pay a $5,000 fine on each count. However, he then suspended the sentences as well as the fines. Instead, the judge put Cullom on a supervised probation for thirty-six months. In addition, Cullom had to serve twenty-four days in jail. Although, he was given credit for already serving twenty-four days.

During the actual incident, Cullom was driving his semi-truck through the Snyderville Basin, pulling a mixed-load trailer. He ultimately led Summit County Sheriff’s deputies in a chase. In fact, dispatchers received five different calls about a semi-truck that forced vehicles off the road along Interstate 80.

Finally, the truck exited the interstate but continued driving toward Park City. That was when, according to court documents, Cullom ran through multiple stop signs while an officer tried to pull him over. Cullom swerved at the deputy and forced his vehicle off the road.

Finally, he surrendered to police near Summit Park, where he got out of his truck and laid on the ground. Luckily, no one reported any accidents or injuries due to the incident. It is unclear what prompted Cullom’s behavior and why he was dismissed of the sentenced charges.