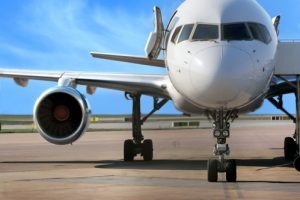 The Hollywood Burbank Airport is shifting into the next phase of its marketing campaign to hopefully attract more travelers while seeing its passenger numbers continue to improve each month.

The Burbank-Glendale-Pasadena Airport Authority voted 8-0 during a meeting last week to award the branding firm Anyone Collective a $570,000 contract to enter the 4th phase of a branding program, which will revolve around an increased collaborative effort between airport officials and the company to get more passengers through the airfield’s terminals.

Anyone Collective will have until the end of the fiscal year 2019 to complete its goals.

Michael Fiore, co-founder of the South Pasadena-based branding firm, said the campaign’s next step will involve his firm and airport officials working closely with airlines on marketing — whether it be print or digital ads, billboards or social-media campaigns — to get travelers to fly in and out of Hollywood Burbank instead of Los Angeles International Airport.

In addition to collaborating with airlines on their marketing materials, Anyone Collective will start directing its ads for the airport to new regions in the United States that it has not yet targeted.

During the campaign’s 3rd phase, Anyone Collective focused on more than 30 cities throughout the country that the airlines at Hollywood Burbank fly to — including Boston, Nashville, Dallas, Minneapolis, and Atlanta.

Fiore said one-minute online videos, different social media platforms and digital advertising will be used to attract people to a new website of the airport.

Additionally, the branding firm will develop a travel blog that will have features about traveler experiences with the airport, as well as short stories about local attractions and amenities in the area.

Anyone Collective officials have been working with Hollywood Burbank since 2015 to rebrand the airport to get passenger numbers up to where they were before the recession hit.

The branding firm’s first, and somewhat controversial, the task was to come up with a new name and logo for the airfield. Before becoming Hollywood Burbank Airport, the airport was called Bob Hope Airport after the famed comedian.

Though the airport has taken on a new branding name, the legal name for it remains Bob Hope Airport.

During the 2nd phase, the branding firm started developing a marketing campaign and creating an identity for the airport.

Branching from that, the 3rd phase was the start of an advertising campaign that targeted travelers across the country.

A Stroll Through The History of Thanksgiving