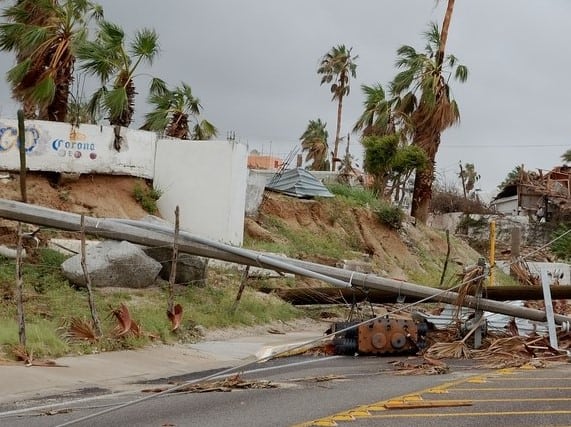 Near the coastal community of Montecito, at least three homes have been “wiped away by mudflow and debris,” and emergency workers were scrambling to rescue people from vehicles and buildings, Santa Barbara County fire spokesman Mike Eliason said.

The heavy rain was falling in areas charred by recent wildfires, triggering fears of flash flooding and mudslides because vegetation that otherwise would hold hills together and make the terrain flood-resistant have burned away.

Thousands of people in Southern California were under evacuation orders because of flooding and mudslide fears, including in Santa Barbara, Ventura and Los Angeles counties.

Flooding near La Conchita has prompted the closure of parts of US Route 101 in Ventura County, the sheriff’s office there said Tuesday morning.

House is ‘In Mud’

In Montecito, a community of about 8,000 people east of Santa Barbara, Ben Hyatt told on Tuesday morning that a river of mud had crashed through a neighbor’s house.

“Apparently one of their cars ended in their backyard. We have neighbors at (the) top of a street that evacuated to their roof,” Hyatt said.

His own house was “in mud,” and a washing machine had drifted into his front yard, he said.

Hyatt said he was awake when the power went out during heavy rain around 2:30 a.m. local time. Eventually, he heard a loud swish and banging on the exterior of his house.

“Seems calm now. We feel safe. But definitely stuck here for a bit.”