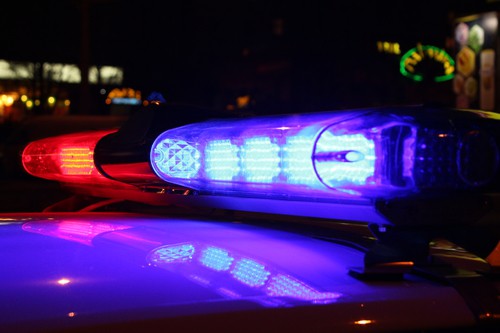 Los Angeles Police Department Capt. Alfonso Lopez said the two deputies were responding to a call of a gunshot victim when the SUV was involved in the crash.

The crash was called in about 7:25 p.m. after the SUV and two other vehicles collided at the intersection of South Indiana Street and Whittier Boulevard on the border of East Los Angeles. and Boyle Heights.

The SUV crashed another vehicle and was sent off the roadway where it struck three pedestrians, later determined to be a mother and her two boys, the Los Angeles Police Department stated in a news release Friday. The boys were 7 and 9 years old.

One of the boys was pronounced dead at the scene, according to the news release. The second boy was taken to a local hospital, where he died. The mother was also hospitalized and is considered to be in a critical condition.

A witness to the crash believes the Sheriff’s Department vehicle did not have its lights and sirens on at the time of the crash.

Chris Alvidrez said he witnessed the SUV enter the intersection, but there were “no lights, no sirens.” 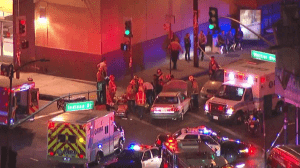 Officials have no information about the lights and sirens at the time of the crash.

Following the initial crash, the vehicle that collided with the SUV then crashed into a third vehicle, the Police Department stated.

Two adult pedestrians, who were proceeding through a crosswalk, have relatively minor injuries, according to the Police Department.

Both deputies were also hospitalized with minor injuries. The other drivers involved in the crash are doing alright, Lopez said.

The collision occurred near several businesses, including a Wells Fargo bank, which was expected to have surveillance video of the crash.