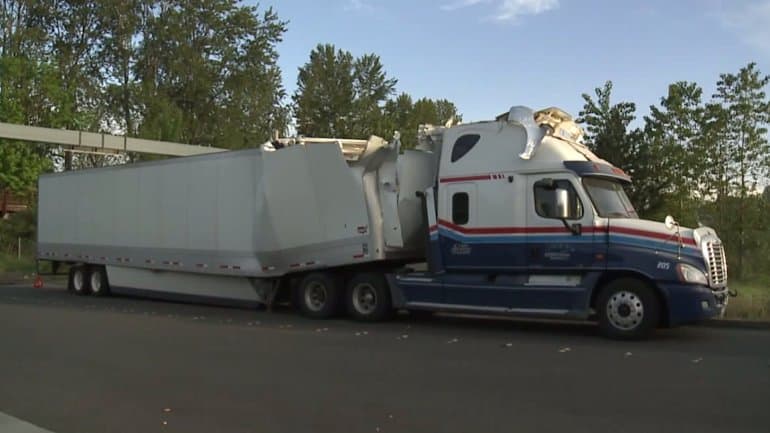 Sound Transit tweeted at 7:07 a.m. Monday that Sounder South riders should expect at least 40-minute delays while crews investigate bridge struck by semi north of the Tukwila Station. The bridge is at the Tukwila Sounder train station at 7301 Longacres Way.

The semi-truck’s cab was sheared off and part of the truck’s trailer was also damaged.  According to a driver, he thought he could make it under the bridge, but the truck hit the bridge and the driver tried to back up. “It shook me up a little bit and I got a little nervous,” he said. “Most of the damage happened when I backed up.”

“All the Sounder trains going between Seattle and Tacoma or vice versa are delayed by at least 40 minutes right now,” KIRO Radio’s Chris Sullivan said. “There are some people who are on the trains that are just stuck there.”

The bridge’s tracks and overpass were inspected for damage. Gus Melonas with Burlington Northern Santa Fe said the track does have damage, but they are allowing all general traffic to use the bridge at a reduced speed of 25 mph.