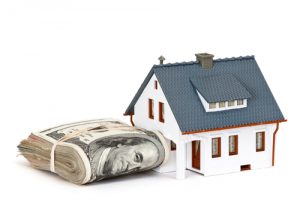 “I’ve been a renter all my life, and so many of my friends have left San Francisco. I don’t want to see this happen to the next generation,” San Francisco’s new mayor London Breed said in her inauguration speech held on Wednesday.

The first black female mayor of the city, talking from the City Hall, outlined an ambitious to-do list to fix some of the city’s biggest problems. The list includes the high cost of living. She promised to build more housing in a city that has a woefully inadequate supply for the number of high-paying tech-related jobs it creates.

Breed served as President of the Board of Supervisors over the past several years. She has lived in the city most of her life and never owned a home here.

“San Francisco is unaffordable on so many levels,” she said.

A recent report found the household income needed to buy a median-priced home in the city reached a new high and is now $303,000. The study from Paragon Real Estate used data on sales in the fourth quarter of 2017 from the California Association of Realtors affordability index.

Breed, 43, vowed to stand by immigrants fearing crackdowns from President Donald Trump’s administration and to help drug addicts languishing on city streets, unable to get the aid they need.

The new mayor grew up in public housing in the city and frequently talks about the tough love and support she received, especially from a grandmother who raised her but also teachers and civic leaders who spotted her potential.

She promised to pay that forward, with opportunities for every child to get paid internships and job training so they also can be part of the city’s promising future.

Breed is a Democrat, as is just about everybody in public office in San Francisco, which has a population of 870,000 and is about 6% black, one of the smallest percentages among major U.S. cities.

Acura Scores For “Integrity” Inaccurately With The 2023 Integra Model