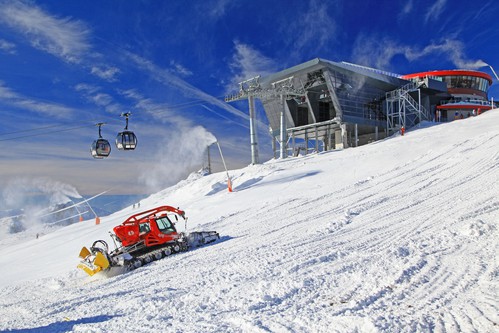 KIRKWOOD, California — A San Francisco mother and son were discovered under feet of snow near a Northern California condo complex where they were staying.

Olga Perkovic, 50, and 7-year-old Aaron Goodstein were calling it a day, heading back to their condo when the snow came crashing down on them.

Officials say they took a different path to get to their condo, through a wooded area. But moments after reaching the Edelweiss condo complex, snow slid from the roof.

Perkovic and her son ended up buried in 3 feet of snow.

The accident was a shock to those who knew the mother and son, the tragic accident comes as a shock. Aaron was a first grader at French American International School in San Francisco’s Hayes Valley.

“We are just devastated by this loss in our community and are working together with our faculty and staff to support one another in this challenging time,” said French American International School Director of Marketing and Communication Keelee Wrenn. “We have plans in place to communicate with our students tomorrow and help support them as they process this.”

The massive amount of snow led to a flood at Squaw Valley resort. Five people trapped in it survived, but a snowboarder who was reported missing during a blizzard there was found dead.