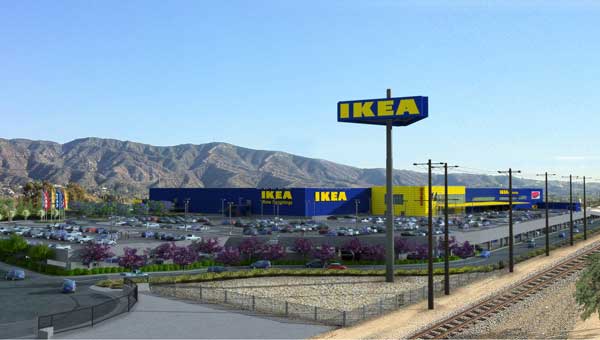 Burbank has some new renovations coming its way. A new and bigger Ikea location is set to open up in Spring 2017. Ikea is a Swedish home furnishing company who already has a smaller location in Burbank and many locations worldwide. This is said to be a $400 million dollar project.

The location is said to be the biggest location is the country, almost twice as big as the location currently in Burbank, which was opened in 1990.  Nineteen buildings which use to be home to Western Studio Services have been torn down in order to build the store. The current place holder for the biggest store in the county is located in Schaumburg, Illinois which is 6,000 square feet smaller than the location in construction now. The largest Ikea store in the world is located near Seoul, South Korea which is 635,070 sq ft almost as big as the Louvre Museum in Paris.

The renovation process is said to begin in January of 2017 and is believed to take about 11 months to complete. The project is said to cost about 60 million dollars. The whole Ikea project is hoped to be finished by 2020.

The new residential buildings that have been brought into the plan are being built to help the housing crisis in Burbank, or so it is said. In the last 15 years, the city has not permitted any new housing developments. Some Burbank residents are concerned about the city losing its small cozy city feel and are complaining about the traffic that may occur because of the new developments.

How you feel about the new developments coming to the city?