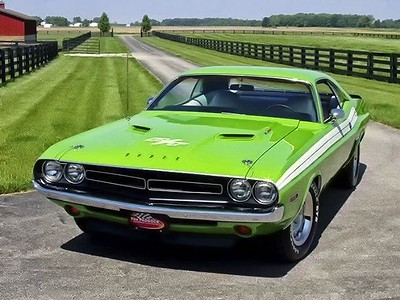 Muscles cars. There, we have your attention. Anyone from car enthusiasts to fanatics will argue that one of the most prominent vehicles ever made came from America. They would also argue that the most powerful cars ever made are muscle cars.

There was a golden time. When gas was cheap and the economy was great. Perhaps your father (or grandfather) was able to save up enough money to purchase and all-American sporty vehicle back in the ’60s and ’70s. Perhaps it was you. Well, muscle cars have come back over the past couple of decades. WIth them, the invigoration of driving fast power house vehicles.

Why did this fade out?

Muscle Cars Are Everyone Favorite.

No matter who you ask, whether its someone from Germany, Italy, or even Japan, every car person has their favorite muscle car.

Then people started to modify it. Backyard tampering lead to faster and bigger engines. Auto industries caught wind and decided to give their own interpretation a try. Cars like the Camaro, Dodge Challenger, and the Pontiac Firebird were easily scooped up into a fast, stylized power vehicle for consumers. They would easily outperform (but not outsell) the Mustang.

So What Killed It?

Well, from the late 60s to the early 70s, muscle cars were the greatest vehicle ever. Unfortunately, they were gas hogs. Heck, you need a lot of fuel to pump out 300+ horsepower for back in the day.

This happened around the same time as the great oil embargo. The embargo drastically cut the expenditure for consumers on gas. Many waited in line and prices skyrocketed. The industry, albeit liked the consumer approach, had to take more practical methods under the fold.

The development of smaller, more fuel effective vehicles was the main focus for years after the embargo. Even the muscle cars rolled out during that time had seen a significant drawback in terms of engine output.

On top of that the newly emerging Japanese market picked the perfect time to enter the US market. They had specialized in compact versatility as well as fuel consumption and many Americans made the switch to overseas vehicles to commute to work and back.

It took a long time before the industry came back with power. Currently the fastest car in the world is the Dodge Challenger Hellcat. Boasting over 600 HP.

Burbank Residents are Sad to Say Goodbye to Toys R Us