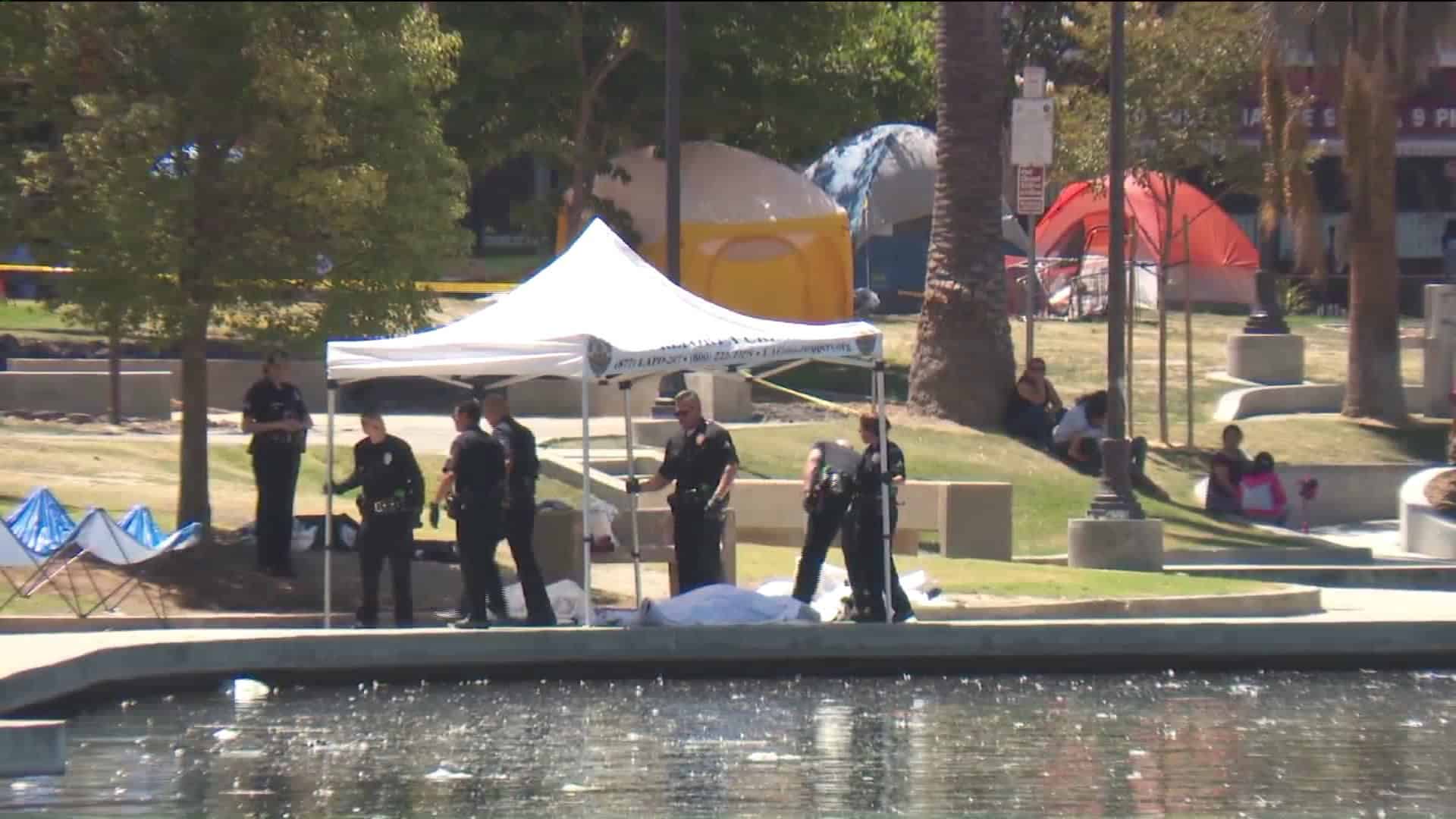 Officers responded to the lake, located at 653 S. Alvarado St., around 10 a.m. and found a man floating face down in the water, the Los Angeles Police Department stated.

Officers tried to give the man CPR, and paramedics also tried to revive him, but he was pronounced dead at the scene.

The man appeared to be in his 50s, police said.

Witnesses said the man was acting erratically and jumped into the lake.

Police stated that they do not believe foul play was involved in the man’s death.

Located in Los Angeles’ Westlake neighborhood, the man-made body of water has had “a habit of claiming bodies.” The first body surfaced in the lake more than 125 years ago in 1890, when Harriet Hutchins drowned in an apparent suicide. Seven other people had drowned themselves in the lake by 1900—and for a time in the early days of the city, “whenever anyone went missing in Los Angeles, the first impulse was to check the lake.”