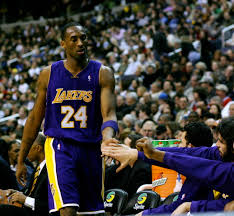 Sunday morning saw the tragic helicopter crash that took the life of acclaimed basketball superstar Kobe Bryant, age 41. Alongside Kobe was his 13-year-old daughter Gianna, as well as 7 others.

Shortly after 9 am on Sunday, the helicopter containing the 9 crash victims took off from Santa Ana in Orange County. Then, due to other air traffic, the Sikorsky S-76 hovered near Glendale by Interstate 5. Once cleared, the helicopter proceeded northwest, eventually following over US-101.

Then, shortly after 9:40 am, the copter turned southeast and rose over 2000 ft. That’s when it dropped, traveling at approximately 184 mph. Tragically, the aircraft crashed into a hillside at 1400 ft above sea level, killing all 9 aboard.

They were en route to a basketball game in Kobe Bryant’s Mamba Sports Academy in Thousand Oaks. They crashed in Calabasas, about 14 miles from Thousand Oaks. Federal transportation safety investigators are reviewing the case. Many cite the day’s intense foggy conditions as a possible culprit.

Los Angeles remembers one of their beloved idols as the community mourns together. Signs all across the city beamed remembrance over the roadways. Landmarks lit up in purple and gold honored the fallen player.

Number 8 and 24 appeared everywhere, including the top of the Intercontinental Hotel as Washington Grand Center.

Fans gathered outside the Staples Center to lay flowers in heaps and mounds.

Athletes, as well as politicians, entertainers, and others from Los Angeles and all across the country, tweeted statements of grieving.

“There’s no words to express the pain Im going through with this tragedy,” Shaquill O’Neal tweeted.

“He helped me before he even knew of me because of what he was able to do,” James said of Bryant on Saturday.

Kobe Bryant is remembered for his work ethic, sportsmanship, community outreach, and overall example for young men across the country.