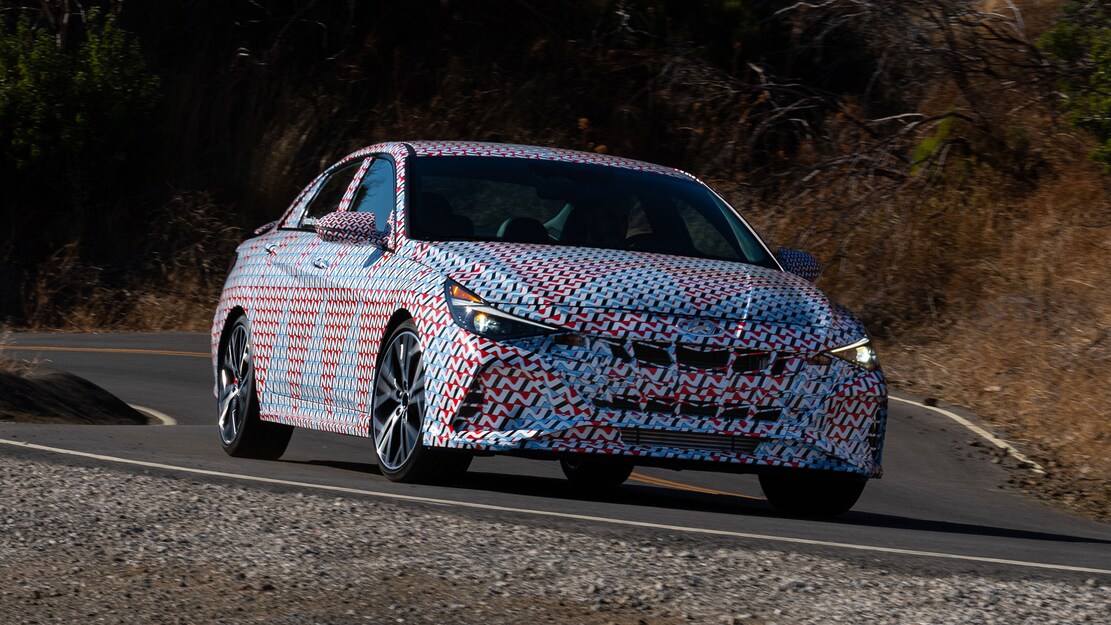 Hyundai has stepped up to the plate by showing that they have the next best vehicle in their arsenal. The Elantra N is likely going to be one of those era-defining models for Hyundai. The vehicle builder has revealed few details about the latest Hyundai Elantra N of 2022 but one is to be a little more caring about the vehicle’s dynamics, given that it possesses a multi-link rear suspension setup.

Additionally, there’s a 2.0-liter turbocharged four-cylinder engine prepping to live underneath the Elantra N’s hood. Under which instance, the four-pot is creating a 276 horsepower and 289 lb-ft of torque. Additionally, there’s a six-speed manual transmission along with eight-speed dual-clutch automatic transmission. The Elantra N is looking to even be more powerful than the Volkswagen Golf GTI.

But in whichever case, the result will be a Honda Civic Type R. With the Elantra N, there was an adequate amount of handling and a wonderful powertrain involved. Also, the suspension gave off a settling ride. The wheels and the wing of the car was strong enough to represent the company in a full-fledged respect. The car itself is capable of being a speedy turnaround. So chances are, we will be able to see the vehicle hit the track sooner than later.

From the aesthetics alone, you can tell that the Elantra N gives off high-caliber performance. It comes with red splashes on the designs as well as an area that can filter in and out airflow from underneath the vehicle itself. There also happens to be a rear spoiler that is specifically belonging to the N model. Not to mention two huge exhaust outlets exiting from either area of the rear bumper.

Winter VS Summer: When to Ship

Porsche Taycan Looks Ten Out Of Ten Amazing! What A Valuable Vehicle!