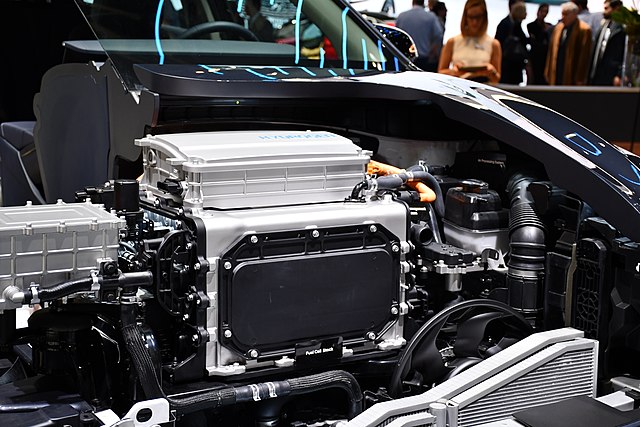 You may have heard about Hydrogen Fuel Cell Cars. As the industry trends towards greener driving options, what are we actually looking at? The science behind environmentally-friendly vehicles might seem complicated. But we can break it down to help you understand.

Currently, most cars run on gasoline. About 3% of US sales account for diesel cars. Just under 2% of vehicles sold are electric. So that leaves roughly 95% of drivers on the road buying gas. Since 1900, it’s been a popular fuel system. But it gets expensive. And it certainly isn’t the best choice for our environment.

To combat pollution and climbing gas prices, companies are starting to manufacture alternatives. Electric cars have made a splash. But the automotive industry is also looking into hydrogen cell fuels.

What is a Hydrogen Fuel Cell?

A fuel cell is similar to an electric battery. It converts chemical energy into electrical energy. The cell does this by using the motion of charged hydrogen ions to generate current as they cross an electrolyte membrane. This current produces power. On the other side, they join back up with oxygen. And–ta-da! Instead of CO2 emissions, the car is now creating H2O.

Water is clearly a far better by-product. Carbon dioxide is deadly in confined spaces. It also is bad for our planet. So why aren’t we hearing more about hydrogen fuel cells? Well, there are a few answers.

Hydrogen fuel can be hugely cost-effective. However, it will require an initial investment. If we want hydrogen to become a viable option, governments need to step in. Currently, we make 600 billion cubic meters of hydrogen every year. Just 2% of that comes from water electrolysis. The rest comes from natural gases and results in CO2 emissions. Most of this has to do with the fertilizers and the oil industry. Financial aid could help get hydrogen fuel cells off the ground.

Thankfully, the cost of hydrogen is dropping. This comes in tandem with cheaper renewable energy. But it also has something to do with technological advances. By 2030, we expect the cost of hydrogen production to be another 30% cheaper. And hydrogen infrastructure is growing. Within our lifetimes, the hydrogen economy could change the course of cars forever.

I’m Moving. Should I Ship or Drive My Car?