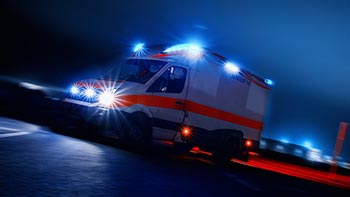 LOS ANGELES, CA – A 61-year-old homeless man died after a driver that fled the scene run him over. The incident comes barely two days after another hit-and-run ended the life of a 60-year-old woman, also in South L.A.

The South area of Los Angeles has witnessed two brutal hit-and-runs during the past weekend. So far, both investigations are still open, and authorities have asked for anyone with information to help locate the culprits.

Wardell Nelson Jr. was run over by a car early Sunday morning. The incident took place around 3:40 a.m. in the Vermont Knolls neighborhood. Nelson was trying to cross Manchester Boulevard at Figueroa Street. Meanwhile, an unknown vehicle was traveling southbound along Figueroa.

Nelson was walking on a pedestrian crossing when the car slammed into him. The driver proceeded to flee the scene.

As the 61-year-old man laid still on the ground, a second vehicle struck him. This driver, the owner of a silver Chevy Traverse, did stop and stayed at the scene until authorities arrived.

Nelson was declared dead at the crash site.

Close relatives of the victim commented on the shock they had suffered. Apparently, Nelson had decided to live on the streets. However, none of them expected something like this to happen. They also hope that the police can find information that might lead to an arrest.

The event took place only two days before another woman also died after a hit-and-run in South L.A. The 60-year-old woman was run over in the nearby neighborhood of Vermont Vista, a little over a mile away from Sunday’s incident.

As she also lied motionless on the road, she was consecutively hit by multiple vehicles. The paramedics that arrived at the scene declared her dead.

Any information that might lead to an arrest and conviction, is rewarded with up to $50,000. Anyone with any possible tip may call LAPD and ask for Detective Moreno and Detective Gonzales during business hours. For those seeking to stay anonymous, L.A. Regional Crime Stoppers can offer assistance through their website and phone number.

L.A. Offering Free Rides on Buses and Trains for Voters on November 6