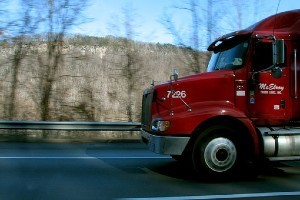 Trucking companies are doing everything in their power to boost interest in the truck driving profession. After all, the shortage of drivers is an ongoing issue and predicted to be one for some time. So drastic times call for drastic measures.

At Freightliner, a division of Daimler Trucks North America, they’re asking their Team Run Smart ambassadors to start promoting trucking careers. That doesn’t seem like a big ask, does it?

For the Daimler Trucks North America division, doing this could provide an education that might able to recruit as well as keep more drivers.

Currently, the typical age of a commercial truck driver is around 55 years old. This data is according to the U.S. Bureau of Labor Statistics. Basically, young people reject the profession due to low pay. Plus, drivers endure long stretches of being away from home. Not many people think this combination is a winning one.

Current estimates offered by the American Trucking Associations suggest the industry could be short a whopping 175,000 drivers by 2026.

Team Run Smart began in 2012 with the idea that it would give owner-operators an avenue for information sharing. The organization has over 60,000 members, according to Mike McHorse, Freightliner director of marketing.

Team Run Smart boasts an online community which is split into sections including TruckSmart. This community details efficient truck operations. Then there’s BusinessSmart that provides resources for the trucking business. Finally, LiveSmart zeroes in on healthy lifestyle for truckers. Now, they’ve added a CareerSmart section.

Jimmy Nevarez, owner of Argus Trucking in Chino, California says, “We’re not cheerleading for any specific company.” CareerSmart is a way to improve the image of trucking as a whole.”

Nevarez and other ambassadors show up at industry trade shows and spread the good word of trucking.

What do you all think? Is this going to help boost the image of trucking career?

Nissan GTR: You Want it, But Can’t Have it