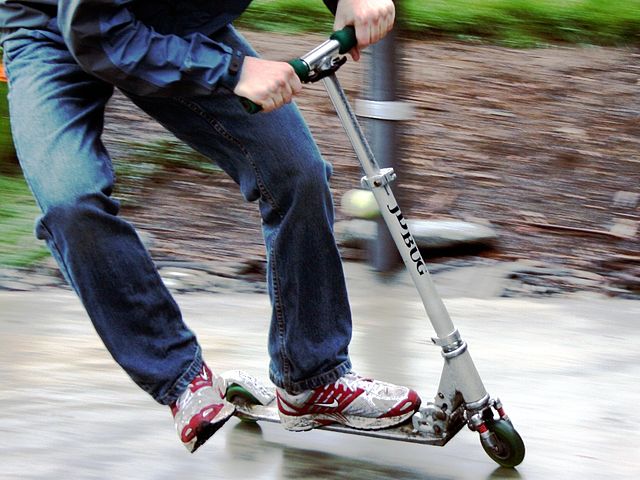 Have you ever dreamed of NASCAR for electric scooters? Given their popularity and the easy access to them, it’s no wonder someone recently decided to bring this idea to fruition. Welcome to the Electric Scooter Championship.

City-based races will begin next year. Formula E driver Lucas di Grassi offered a statement. “We are in the early stages of creating our calendar. …The aim is that we are in a position to go racing in 2021; and we already have a glide-path toward prototype roll-out and testing, with an opening round in the second quarter of next year.”

These races will feature high-speed versions of more widely available models. Thus, you might recognize the base designs of some of the scooters on the track! Currently, the organization is promising speeds of up to 60 MPH on their specific city circuits.

What Can We Expect from Electric Scooter Races?

“The usual rules for hosting a race no longer really apply. We can create tracks that exist outdoors or indoors – or a combination of the two – and they can be rigged and de-rigged within days, rather than the months it takes to ready a street circuit for an international road race.

“This climate of agility is important, too: We’ve moved into a society where change isn’t simply rapid; it’s constant. And this is a championship that can really move and flex with the current needs of people and places. It’s totally portable, it can race anywhere,” said di Grassi.

Those involved expect competition mounts to cost less than a race car, of course. But they obviously will be more than your run-of-the-mill electric scooter. Di Grassi had some statistics handy. “We have created a super fast race machine capable of speeds greater than 100km/h, that can accelerate faster than a road car, and which will reach 100km/h in only a few seconds.”

If you’ve got a need for speed but are looking for something a little more light-hearted than NASCAR, the Electric Scooter Championship might be for you.

The 2019 Ford Ranger Just Rolled In, Leaving the Past Behind It