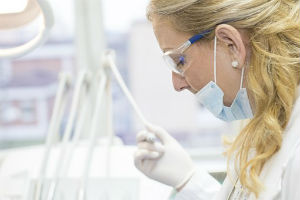 This particular donation will aid the hospital in its ongoing goal to offer lifesaving care to patients. Furthermore, it will help guarantee that doctors, researchers, as well as other staffers have access to the complete breadth of resources they need to succeed.

This most recent gift puts the Anderson family in the range of over $100 million donated to the hospital over the last 30 years. In 2011, a donation of $50 million was presented to the hospital in order to help finish construction of a brand new building. In fact, that building is now named the Marion and John E. Anderson Pavillion.

John Anderson passed away in 2011 at the age of 93. He was a billionaire businessman who operated businesses in a variety of fields. These include agriculture, real estate, and beverage distribution.

This donation is in keeping with what he and his wife have done over the years for a number of causes and institutions. Among their efforts have included significant donations to UCLA, which also named the building after John. Marion passed away in 2017, but the couple’s foundation, Anderson Stewart Family Foundation, continues to seek charitable opportunities.

“As philanthropists, the Anderson family is steadfastly devoted to improving the lives of others. Their years of support and leadership helped Children’s Hospital Los Angeles save hundreds of thousands of lives,” said CHLA President and CEO Paul S. Viviano. “Today, we are honored and humbled to receive this new gift that will continue their legacy of creating a better future for the children of this world.”

National Guard Activated Ahead of Protests