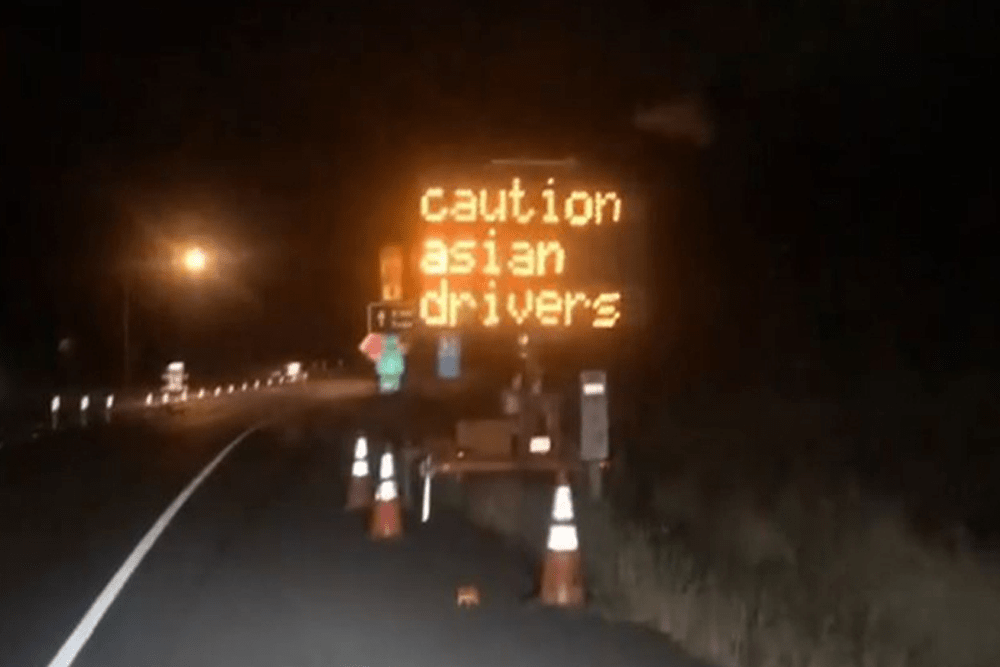 This surprising traffic sign that warns people of “Asian drivers” was found in Napa, California.

Before contacting the Department of Transportation, a lot of the drivers took a picture of the petty sign. According to CBS, one motorist even pulled over to film the brightened sign.

The California’s Department of Transportation immediately removed the sign once it was notified. “Caltrans policy is to always lock the sign control boards which also require a secret code to operate,” Jacala said. He warned that anyone who sees an altered highway sign should contact authorities immediately “as bogus information can be not only be a distraction but also create a safety hazard.”

The prank “caution Asian drivers” referred to a racist myth: All Asian drivers are bad drivers. However, this offensive description has no scientific bias. Some studies have even proven that the myth is wrong. Even more, one study from Canada said that recent immigrants from China and India are less likely to be involved in a car crash than long-term citizens. Another study collected data from the National Highway Traffic Stafety Administration pointed out that between 1999 and 2004 Asians had the lowest car accident fatality rate in the U.S.

Defense Bill is Overwhelmingly Passed by the Senate