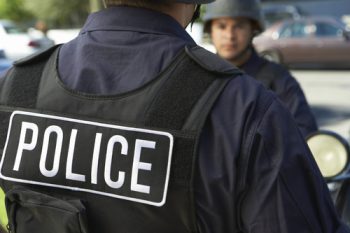 EL MONTE, California — A 16-year-old boy was arrested Thursday in the stabbing death of another teen whose body was found Wednesday night in the bushes of the San Gabriel River Trail in the South El Monte area.

Investigators received a tip early Thursday that a friend of the victim, identified by the coroner’s office as 17-year-old Jeremy Sanchez, may have been involved in his death, the Los Angeles County Sheriff’s Department stated in a news release.

The unidentified teenage suspect was arrested following a search of his home and booked on suspicion of murder at Los Padrinos Juvenile Hall, the Sheriff’s Department stated.

Sanchez, a South El Monte High School student, was first reported missing when his father learned the teen failed to show up for school Wednesday morning.

Sanchez’s body was discovered by family members at about 4 p.m., in Thienes Avenue and Parkway Drive, on the border with Avocado Heights.

It appeared Sanchez had been stabbed and died at the scene, according to the Sheriff’s Department.

Investigators said they have not yet recovered a murder weapon.

Grief counselors will be made available to students wishing to talk.