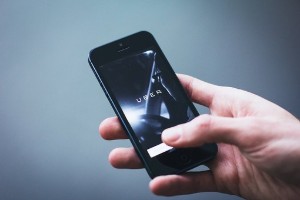 The seemingly thriving gig economy could significantly change in the near future. In this possible new future, app-based companies might have to treat their hired help as full-fledged employees instead of independent contractors.

An assembly bill that’s currently on the table and moving forward in the California legislature would change how app-based operations function. Companies like Uber, Lyft and Amazon Flex depend primarily on independent contractor to supply the work in their ride-share services, as well as their food and package delivery services.

Usually when you work for one of these companies, the drivers can use their own cars, determine their own hours, and essentially be their own boss.

With Uber and Lyft, the company establishes the rate of pay which is calculated based on the distance and time of the ride. People who work for the company can be paid on a weekly schedule or instantaneously. Amazon’s flex delivery drivers earn roughly between $18-$25 an hour, says the company.

“I don’t think that it’s independent at all,” said Lyft driver and activist Erica Mighetto of Sacramento. She’s been a driver for Lyft for the past three years. According to her, the work is enjoyable but doesn’t get close to paying the bills.

For these reasons Mighetto is believer in Assembly Bill 5, which would mandate that app-based companies treat their works as actual employees. In essence, if the bill does pass it could forces many of these companies to pay billions in order to provide employee benefits.

In doing this the state annually loses in the ballpark of $7 billion per year in payroll tax revenue.

What do you all think? These companies should treat their workers like full-fledged employees, right?