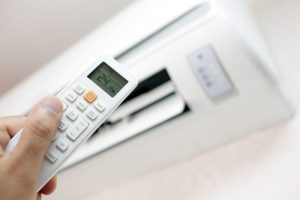 A heat alert has been issued for Los Angeles County’s inland valleys Monday by the health officials. A multi-day heat wave expected for Southern California this week and it will put the community’s most vulnerable residents at risk.

While temperatures aren’t expected to be quite as blistering as they were during a heat wave that shattered records two weekends ago, the one expected this week will last longer and reach from the San Gabriel Valley and high desert to the coast, the National Weather Service said.

“It’s not going to cool off at night. Just 96 hours of hot temperatures,” warned meteorologist Andrew Rorke. “If you can survive to the weekend you might get a little relief.”

“When temperatures are high, even a few hours of exertion may cause severe dehydration, heat cramps, heat exhaustion, and heatstroke. Others who are frail or have chronic health conditions may develop serious health problems leading to death if they are exposed to high temperatures over several days,” said the county’s interim health officer, Jeffrey Gunzenhauser, in a statement. “Thus, it is critically important to never leave children, elderly people or pets unattended in homes with no air conditioning and particularly in vehicles, even if the windows are ‘cracked’ or open, as temperatures inside can quickly rise to life-threatening levels.”

Not only will it be hot with little relief overnight, but the air will be dry and windy inland, which sucks moisture out of any vegetation in the area and primes the landscape for a fast-moving brush fire.

Much of Los Angeles County will likely be above 80 degrees until at after midnight, he said.

The winds that will be posing fire dangers inland will be absent along the coast, which ironically might make it a worse place to be this week because few coastal residents have air conditioning, Rorke said.

“The sea breeze will be nonexistent,” he said.

On  Thursday, there is a 1- or 2-degree dip expected. But there are little chances that temperatures will noticeably begin to decrease until Friday, Rorke said.