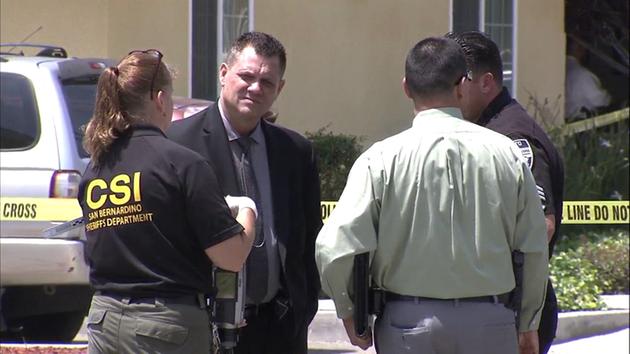 Early Thursday morning, a man was shot in the head will sitting in his car. The man was in a residential area of Rialto, 300 block of Winchester Ave.

Two men opened fire on the victim around 4:50am. They shot him multiple times and proceeded to flee the scene, according to the Rialto PD.

Upon arriving on scene, officers located the victim in the drivers seat of his car. His injuries included at least one, if not more, gun shot wounds.

The victim was pronounced dead on scene once the Paramedics arrived.

The 22 year old man was later identified by family as Johnathan Benitez.

The identities of the two suspects remains unknown.

The police are investigating the crime as an apparent failed robbery. Authorities proceeded to close off a section of Winchester through the afternoon as detectives examined the car and looked for additional evidence.

Anyone with information about the incident is asked to call Detective Ralph Ballew at (909) 820-8055.